Just started, 12-9-2016, a longboard. I'm thinking a concave nose, slight V in the back, single fin, maybe 2+1 fin set-up. I'd like to do a Rising Sun on this one, not certain. Sort of pointed nose and squash tail. Probably moderate rocker in the front and at the tail. More than a nose rider but less than one with continuous rocker. Rails will be a little fuller than a pinched rail, maybe 30/70 into 40/60 and 70/30 tail. I'm not too concerned about weight so probably around 21 pounds. That'll help on chest to head high and hard off-shore windy days.

The ribs shown here are just for placement of rails. They are from a 9'8" Bing like nose rider. 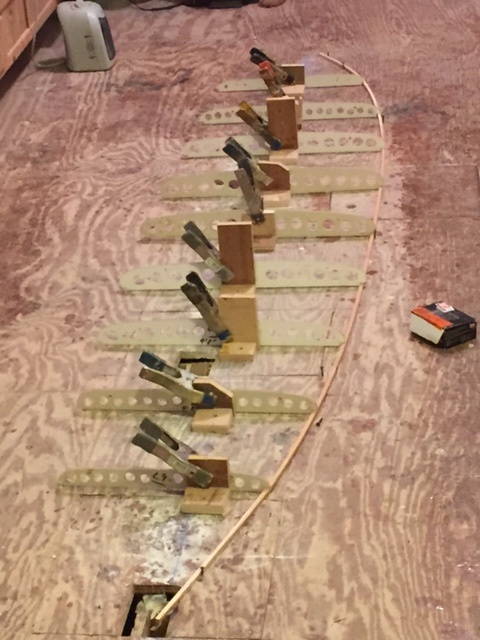 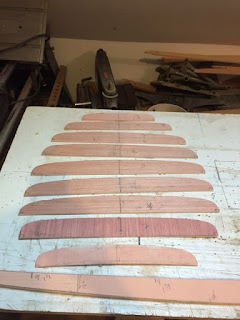 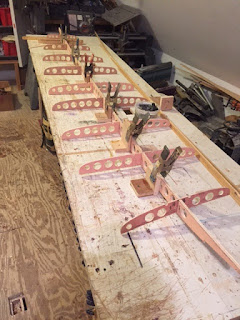 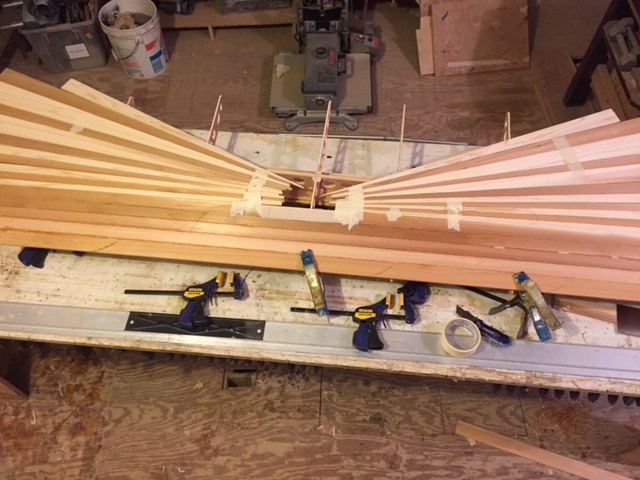 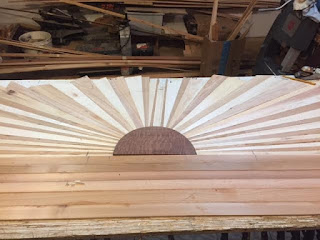 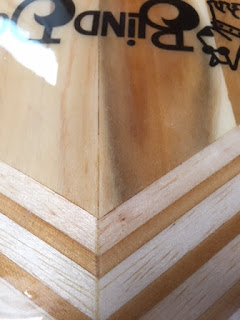 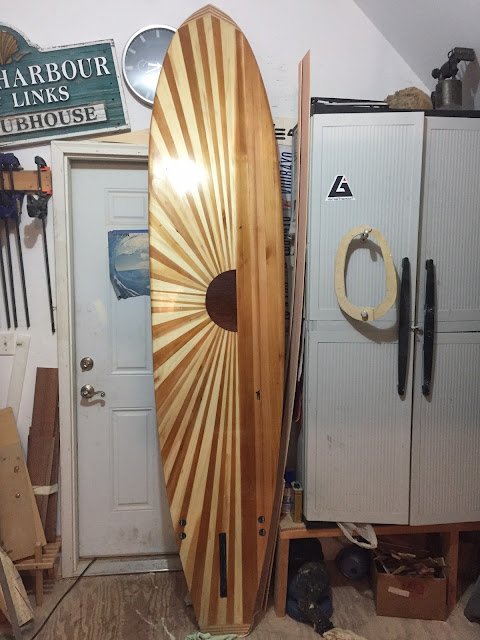 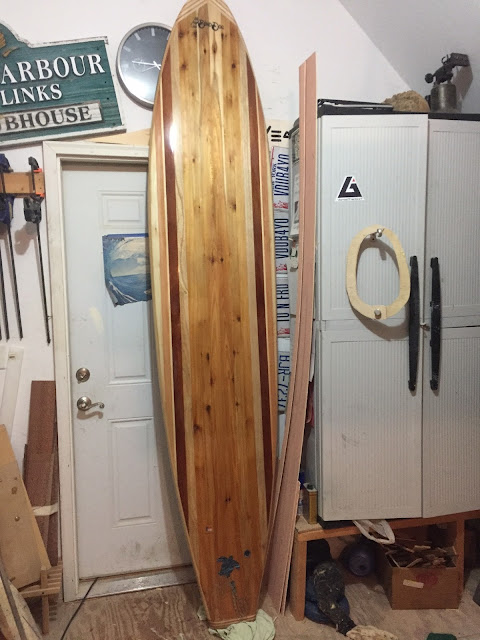 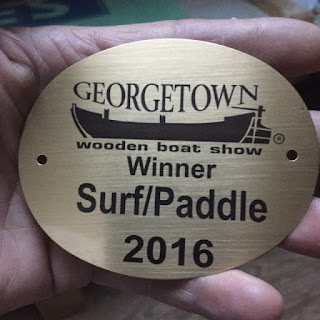 Perfect weather, huge crowd, and awesome boats. Stunning boats. One was a 1911 New England lobster fishing boat. It was built like a brick poop house, huge timbers and lots of bolts. Beautiful canoes and kayaks. There were "100 vendors and folks with wood boats. My spot was suppose to be at least 10 x 10 for a tent but ended up on a small brick strip between ticket sales (needed to buy food) and a hot dog stand. 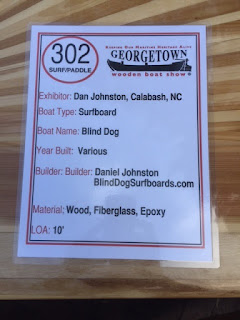 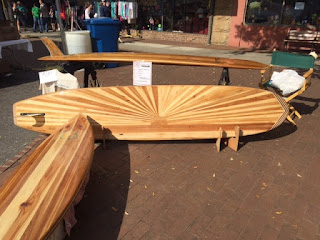 Getting ready to glass this one. 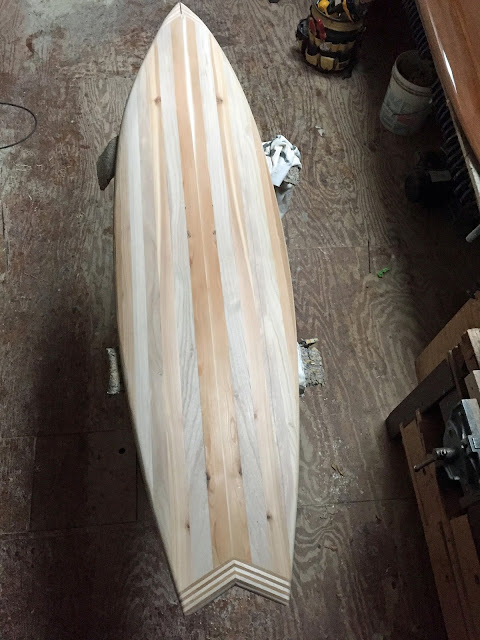 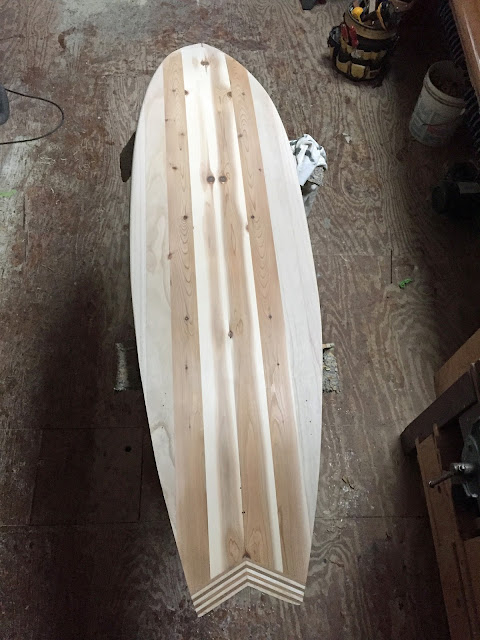 Terrible death that could have been avoided

It doesn't have to happen, Two days ago I watched five people swimming out past the surfline. The wind was side shore about 30 mph and wicked side shore current. I went wading out to play with our grand kids and couldn't stand up from the current. An hour later a helicopter was flying over Sunset Beach and Ocean Isle Beach looking for them. They must have made it to shore, nothing was reported.

You might think you can swim but that is way foolish logic. In the ocean, you'll never win if the conditions are rough and windy. Why proved to your friends you can beat nature. On this, you will loose.

So for God sake don't be stupid while visiting our beaches. If you don't see good surfers out there, don't go out. Learn about rip tides and for heaven sakes don't let children go too far in the surf.


MYRTLE BEACH, SC (WBTW) – Rescue crews are temporarily stopping their search for a 14-year-old boy who went missing in the ocean in Myrtle Beach while swimming Thursday afternoon.

Lt. Joey Crosby with Myrtle Beach Police says the young swimmer went missing in the water near 73rd Avenue North in Myrtle Beach. The teen was swimming with his brother when lifeguards and other swimmers noticed the two looked like they needed help.
Lifeguards and a bystander were able to rescue one of the swimmers. The missing swimmer has been identified as a 14-year-old black male, wearing blue swim trunks, but officials have not released the boy’s name.
Around 5:50 p.m. the rescue crews had to suspend the search with jet skis and boats because of lightning in the area. Lt. Crosby says officers will remain on the beach and once conditions improve, they will resume the use of watercraft equipment.

Lt. Crosby says the swimmer who was pulled to safety has been treated and released from a local hospital. Police confirm the two brothers are visiting Myrtle Beach with their family from  Georgia.
No comments:

Can a Hollow Wood Surfboard Be Competitive? 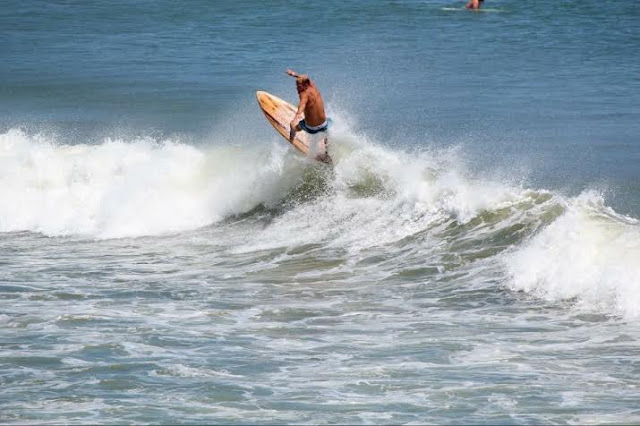 Last year I made six short boards, 6'6" for grandkids and daughter Kim. Some how I ended up making two too many. Understand, I'm way not a short boarder, long boards are my style, so keeping one for myself would not work. But I knew someone who is an up and coming short boarder: Chris Prevatte. Chris is the owner of Professional at Core and More Fitness of Shallotte (NC). tps://www.facebook.com/chris.prevatte.1

I gave one to Chris with one condition:  "Ride the epoxy off it!" He managed to take First in an ESA event - Mens Short Board and First in Mens Short Board at Shedfest Contest, Carolina Beach. Congradulations Chris on some good riding!

Just finished installing this in a sweet beach home just across the NC boarder. It will never be ridden but that doesn't stop folks from dreaming. 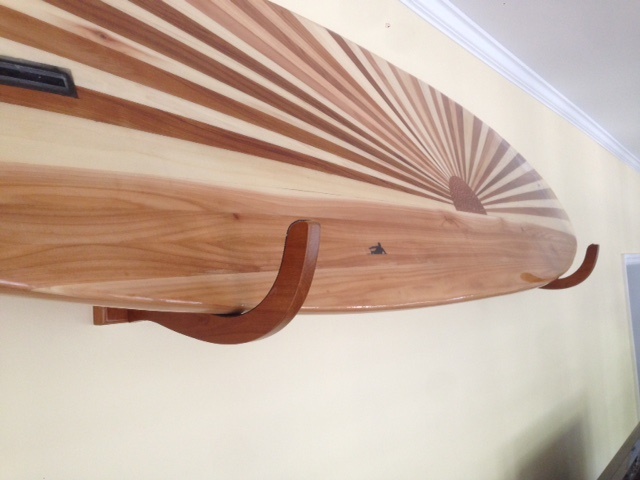 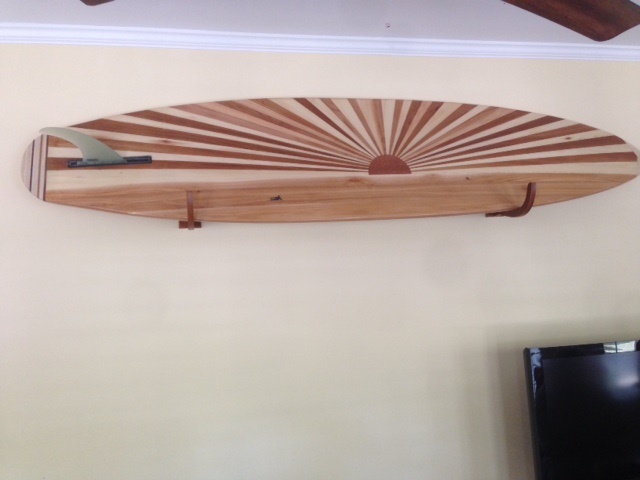 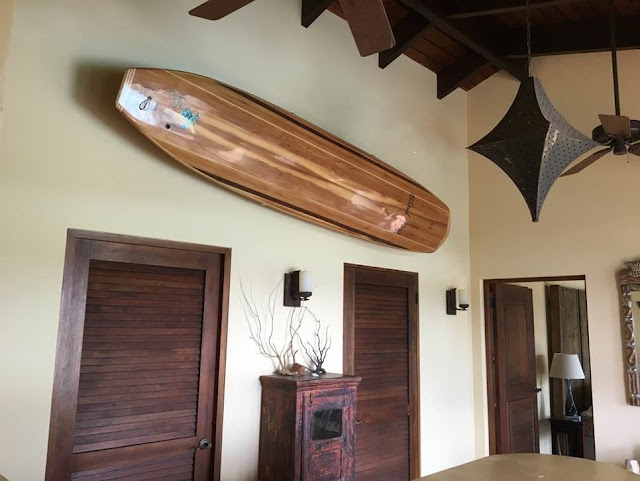 Took couple of years but this nose rider is up over looking the ocean in Puerto Rico, Vieques,
No comments:

Built this board for Volvo's 60 years in America celebration out at Paramont Studios in Hollywood, CA this past October. Sweet short board and official logos. It came our really well. Western Cedar and epoxy resin, tri-fin set-up. 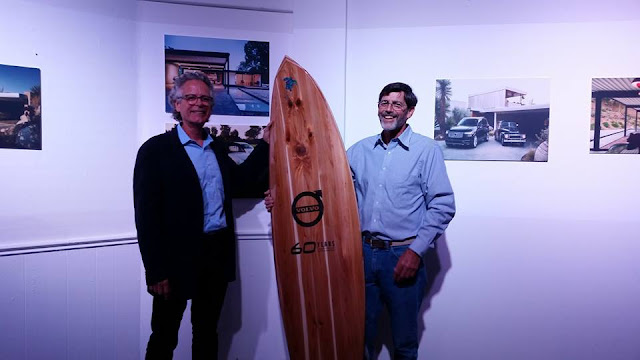 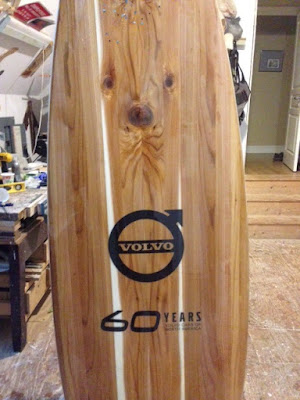 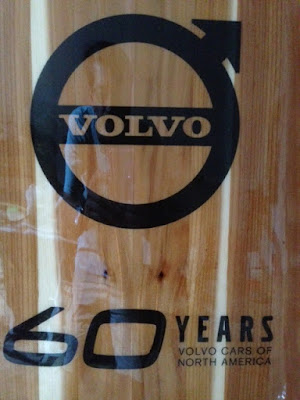 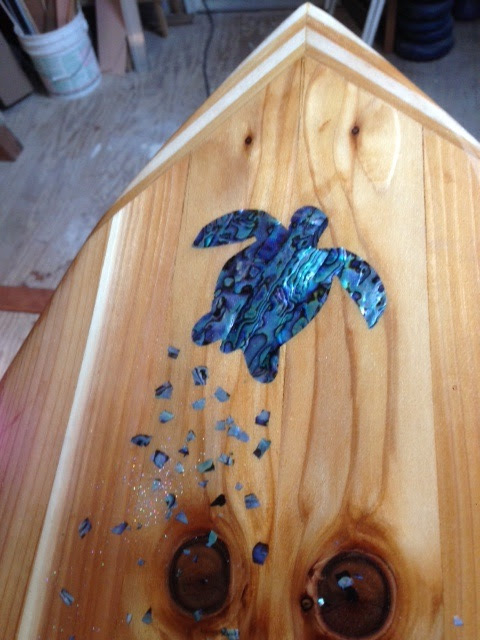